Five research teams will be deployed from the Antarctic Peninsula to Margarita Bay, to develop cutting-edge science, and start the interdisciplinary work that Millennium Institute Biodiversity of Antarctic and Sub-Antarctic Ecosystems (BASE), led by the University of Chile, will seek to boost  for more than a decade. 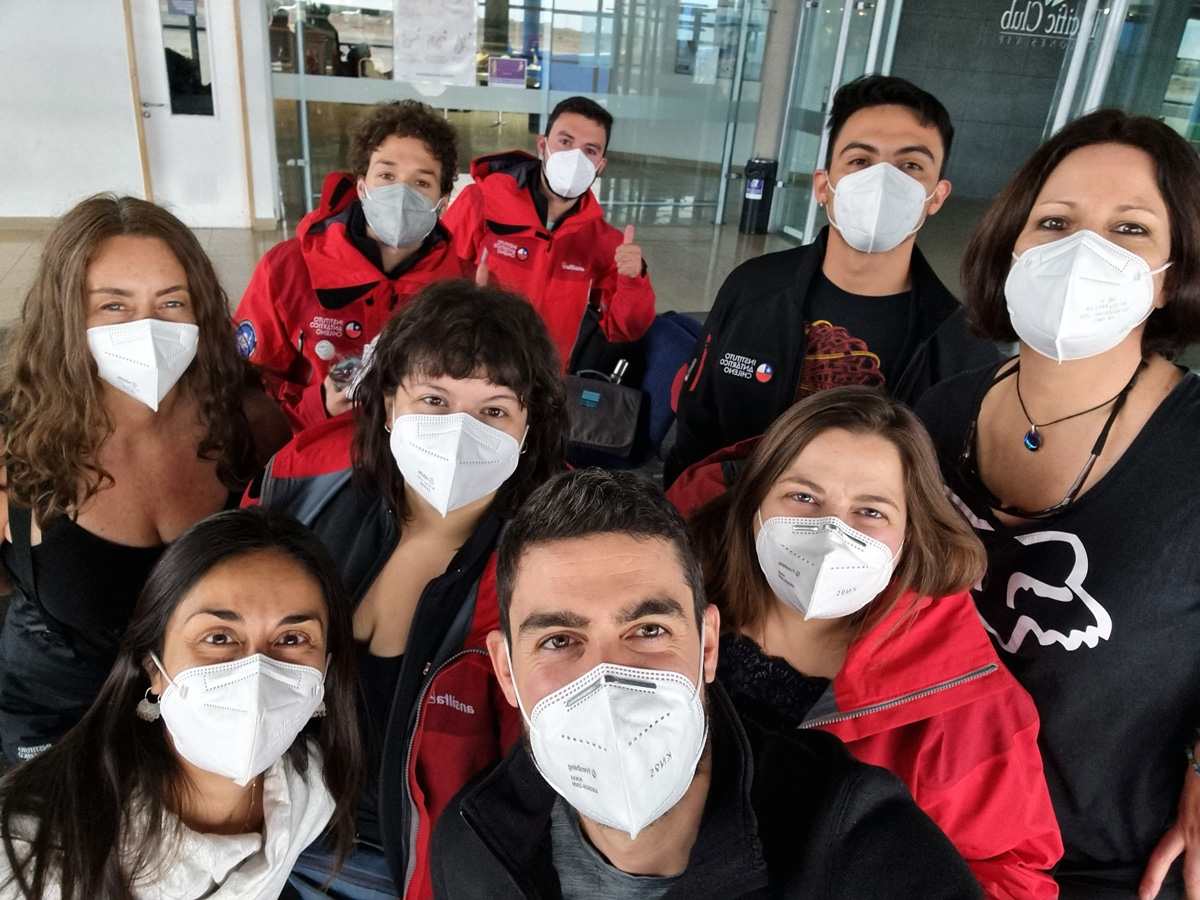 On board the ship Betanzos (DAP company), the Genomics Antarctic Biodiversity (GAB) Ring project team, led by the Doctor in Microbiology, researcher at the Microbial Ecology Laboratory (LEMi) and deputy director of the BASE Institute, Julieta Orlando, who will embark on the so-called deep Antarctica for almost a month. She said that it was the third campaign in which they had been able to participate with the ring project, and among its impacts was the link with  BASE institute.

Betanzos is a 70 meters long ship with a capacity of up to 60 people on board, it will also contribute to the work of researchers Guillaume Schwob, a postdoctoral researcher sponsored by Julieta Orlando, Sebastián Rosenfeld, Daly Noll, Fabiola León and Eduardo Pizarro, members of the Science and Technology Research Ring (PIA) project ACT172065.

On the other hand, BASE Institute researchers Angie Díaz and Karin Gérard will also carry out collaborative research on Antarctic biodiversity. Miss Díaz, Doctor in Sciences with a mention in Ecology and Evolutionary Biology, will work in the field within the framework of her Fondecyt initiation project “Cryptic speciation in the Antarctic Ocean: integration of genomics, morphology and species distribution models to elucidate the speciation process of a group of gastropods”, hosted by the University of Concepción. Miss Diaz  will stay at the Captain Arturo Prat naval base, belonging to the Chilean Navy, throughout February. She said that her  work would play a key role in contributing to the understanding about the mechanism(s) responsible for the speciation process of a group representative of the endemic marine fauna of the southern ocean, and how the climatic history of the environment has shaped this process.

In parallel, Karin Gérard, diver and doctor of Biological Oceanology, will dive in the frozen Antarctic waters of Fildes Bay, as a researcher associated with the Laboratory of Antarctic and Sub-Antarctic Marine Ecosystems of the Patagonia Institute, of the University of Magallanes, together with Zambra López, marine biologist and doctoral student in Sciences, mention in Ecology and Evolutionary Biology, from the University of Chile. She highlighted that scientific diving would be essential to have direct access to organisms in their natural environment, to their distribution within communities, to be able to appreciate the diversity of forms and habitat of Antarctic species and photograph them. “Furthermore, with scientific diving, collecting benthic animals by hand, we are avoiding a destructive impact on the marine ecosystem”, she said.

Collaboration and synergy that from Puerto Williams will also be promoted by the associate researcher University of Magallanes, and lead investigator of Millennium Institute Biodiversity of Antarctic and Sub-Antarctic Ecosystems (BASE) and the Cape Horn International Center (CHIC), Tamara Contador, within the framework of her study of the impacts of climate change on freshwater organisms and invertebrates: “With Claudia Maturana, PhD in Ecology and Evolution, and recipient of the award For Women in Science from L’Oréal and UNESCO, we are collaborating across teams, so that her research is also a direct link to our line of work in Antarctic and Sub-Antarctic ecosystems, as well as her postdoctoral Fondecyt sponsored by me and the IEB”, she pointed out.

A fourth research team will be located at the Chilean Navy’s Captain Arturo Prat naval base, with Valentina Bernal and INACH project “Patterns of connectivity and selection in Harpagifer antarcticus in Maritime Antarctica: A focus on early life stages”, under the direction of Elie Poulin and the University of Chile.

Upon her return, Miss Bernal  will have to undergo an exhaustive process of data interpretation and analysis, such as the one carried out by Léa Cabrol’s team, associate researcher at BASE Institute and attached to the Institute of Ecology and Biodiversity, after a month spent at Prof. Julio Escudero base from INACH, and Fildes Bay in Antarctica, at the beginning of the southern summer (December 2021). This task was carried out together with Elie Poulin, within the framework of the regular Fondecyt project “Microbial biogeography in the Southern Ocean: from communities to oligotypes” hosted by the IEB: “This research will seek to establish distribution patterns of microorganisms throughout the Southern Ocean from Kerguelen to Patagonia and the Antarctic Peninsula. In addition to comparing them with the biogeography of macro-organisms about which much more is known to date”, highlighted the doctor in Bioprocesses from the University of Montpellier II, France, who leads the project.

Due to the fact that sample locations vary between one Antarctic campaign and another, the 2022 season will allow polar researchers to add new sampling points, which will allow strengthening an approach oriented towards Biogeography, that is, the study of the distribution of species in the southern territory. “If we want to effectively see the changes that are taking place, we have to broaden the range of study. For this reason, these complementary expeditions will allow us to obtain a picture of the current picture with gradients of climatic conditions, which will facilitate the predictions that we will implement at BASE Institute ”, highlighted Julieta Orlando.

“We are also going to take advantage of logistical prospecting, that is, identifying the points that could be more feasible for long-term observation of biodiversity, which we must start next year with BASE Institute,” said Elie Poulin, director of the Millennium Institute Biodiversity of Antarctic and Subantarctic Ecosystems. For this reason, the installation of Autonomous Reef Monitoring Structures, known as ARMS, will represent a challenge in terms of logistics since the teams will have to ensure their protection on the seabed, away from meteorological variations, strong currents, or the presence of marine animals, which could prevent its subsequent annual recovery. Hence the importance of monitoring the southern territory, after crossing the Antarctic Circle at parallel 66°S.

The installation of these new “Biodiversity Observatories” promoted by BASE Institute, will seek to obtain records of marine animals, such as molluscs, gastropods, algae, phyto and zooplankton, as well as various microorganisms. This will be complemented by the collection of samples on land, with the study of penguins, skuas and petrels, along with the analysis of invertebrates in the intertidal, the transition zone between land and marine space, together with the collection of soil samples in penguin colonies, lake water and sediments, for the study of microbial diversity.  Julieta Orlando concluded that “we need to have a record of the same species in various sample sites, to determine how individuals from the north of the Antarctic Peninsula differ at the genetic level, with those from the south, in the southernmost tip of the white continent.”